Hey guys!! So I know I said I wasn’t going to post for a while, but to be honest…I LOVE posting! I really love sharing my pictures, life, lessons I’ve learned, and baking! So anyways today is Independence Day (aka fourth of July)!!!!

Why we celebrate Independence Day: The Fourth of July—also known as Independence Day or July 4th—has been a federal holiday in the United States since 1941, but the tradition of Independence Day celebrations goes back to the 18th century and the American Revolution. On July 2nd, 1776, the Continental Congress voted in favor of independence, and two days later delegates from the 13 colonies adopted the Declaration of Independence, a historic document drafted by Thomas Jefferson. From 1776 to the present day, July 4th has been celebrated as the birth of American independence, with festivities ranging from fireworks, parades and concerts to more casual family gatherings and barbecues.

So, to be honest, we don’t usually do the whole fireworks & parades thing but we do have a cook-out and watch *gasp* Gettysburg. “Why Gettysburg,” you ask. Well, honestly this has been a tradition since the beginning of time for my family! Every year we sit down and watch the whole thing….actually a certain family member ALWAYS falls asleep right before the main battles! And just last year this person stayed awake the whole time…..and was astonished to find the movie has some action in the end (I do NOT fall asleep during this movie…I live for historical war movies……..I shall sleep when I’m dead, jk). But seriously Gettysburg doesn’t really have anything to do with the 4th. The reason we watch it is simple…1. It’s a historical battle(s) that happens near July 4th. 2. It’s hard to find an Independence movie that’s family friendly and 99.9% historically accurate.

So this year I made a yummy pie for breakfast! My sibling actually found this recipe and shared it with me so thanks, bro! It’s called Old Glory Berry Pie and you can find the recipe by clicking here. Honestly, it was super easy to make and it turned out pretty good in my opinion! 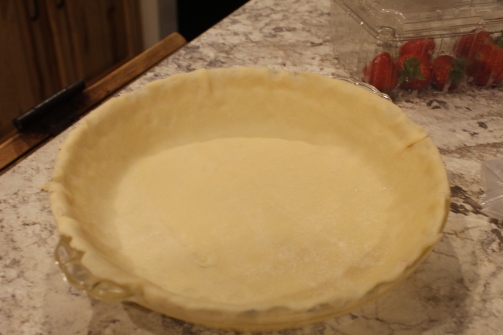 This just makes me sad… 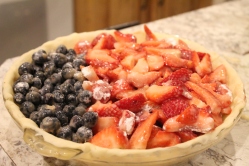 I’m starting to get a little happier… 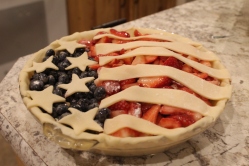 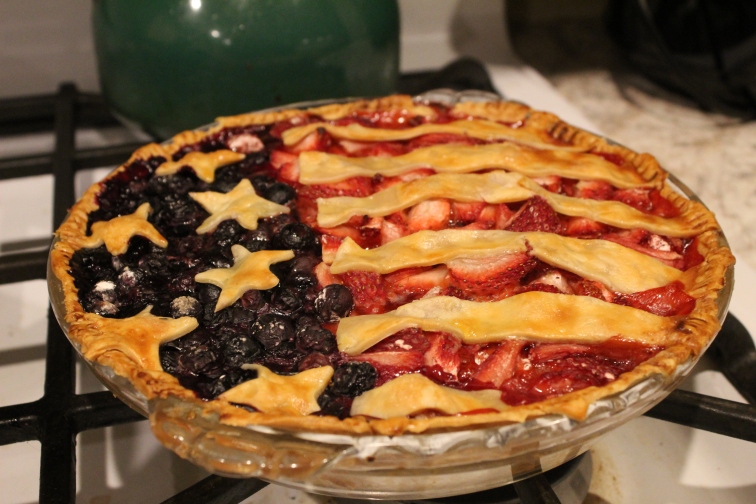 So please let me know what you think of this! It took me about 25 minutes top to put it together and FOREVER to bake! I personally think it was worth it…but that’s just me!

And that’s it! And I truly mean it this time…..I shall be back in a few weeks!!

honestly, I think I should record me singing this and have that be my ending theme song!